This bank holiday I spent in a fairly usual manner for me, doing historic-y things in a historic setting, however there was a slight twist. 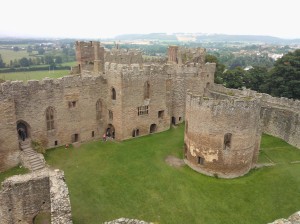 Ludlow Castle from the tower

On Sunday the Sisters of Mercia (a section of my re-enactment group Swords of Mercia comprised of me, my mum and our friend that go off the historic events and make friends with re-enactors by giving them water and jelly babies) decided we were going to visit Ludlow Castle and watch the Battle of the Nations boys play, as a couple of our friends are trying out for the team. We had such a good time we decided to go back again the next day! 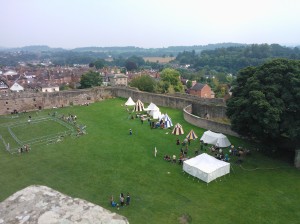 The camp and arena from the tower

Ludlow Castle is one of the Welsh Marcher castles constructed in the 11th Century by Roger De Lacy and is now owned by the Earl of Powis (hmm that name sounds familiar!). The town itself is really lovely too, with some beautiful timbered buildings and nice markets. 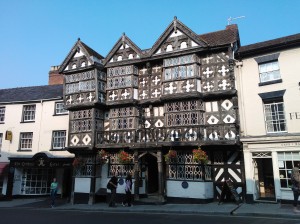 The Feathers Hotel in Ludlow

The Battle of the Nations is a international medieval fighting tournament that the UK entered for the first time this year (they got a trophy for best debut team!), and is quickly gaining in popularity. When I first heard about it I wasn’t so sure I would like, the style of fighting is very different from what our group does, but so is the aim of the fight! 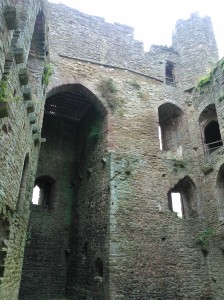 Our group do a ‘Tourney de Plaisance’ or ‘Pas d’Armes’, a tourney meant to test the fighters skill, and not a fight to the death. We are also telling a story in our shows; of Rodger Mortimer, Queen Isabella and their uprising against King Edward II (in a rather loose, comedic manner) and hopefully educating our visitors a little about life in the middle ages. 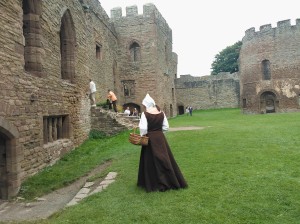 The Battle of the Nations guys just seem to want to beat seven bells out of one-another!! I thought the fighting might end up looking scrappy but it was brilliant! The aim of the game is to get your opponent on the ground, before they knock you down, and this can be achieved by pretty much any means. There are a few ‘don’t’ rules, which seemed to be mainly out of courtesy considering what they are allowed to do! The general effect is a very vicious looking fight but very entertaining fight. Luckily there was only a little bit of bloodshed, and more broken armor then broken bones. 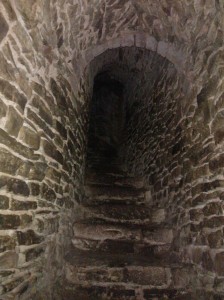 Wonder what was up these stairs

As soon as we got to the castle we were welcomed by everyone, even people we had never met before (re-enactors are so friendly when they’re not hitting people!) and invited in the arena to give the combatants water (and jelly babies). The fights were so full on, I did nearly as much gasping as cheering, but it was such a rush. They were really hitting each other, hard, and the air was full of the sounds of clashing metal! 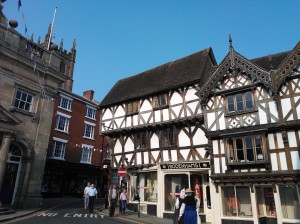 There were one on one fights, team fights and ‘King and Queen’ fights which were my fav. The aim of the King and Queen fight is for the team to protect their monarch and try and take the other monarch down as well. This gives the fighting a bit of directing than the team fights where the two sides tend to just charge and crash (which is very dramatic in itself!). I found a brilliant YouTube channel with a few videos on from the first day at Ludlow (link here) but there are plenty of videos out there, just search Battle of the Nations and you can see training vids or filming from the international comps.

While the BotN shows have a different aim from our shows I was very pleased when I was told that in the international competitions points are deducted for any in-authenticity and there is a trophy for most authentic camp (Apparently the Russians won it this year). There is very little that bugs me more than re-enactors only being part-way authentic, it just spoils the look and you think, if you are going to make the effort you need to do it properly. 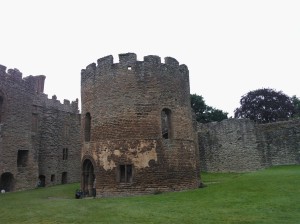 It was really interesting to see all the different styles of armor and weapons I had not seen used before too. The guys even managed to break (at least) two swords, snapping them like they were made of wood which just shows you how hard they are hitting one another. Our group focus on one small segments of the medieval era, while the BotN guys cover all of it, making for some interesting combinations on the field. 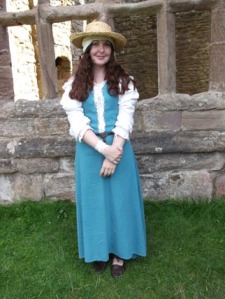 Dressed in my peasant gear

One of the things I have always really loved about re-enactment fighting is very often two fighters will be really going for it and after one guys has beaten the other to the ground, he helps him up and they have a little hug and congratulate on another. It looks a little out of place but is really nice, and shows the true side of the sport. And even the BotN guys did this after their super dramatic fights. It sums up the whole event, really full on fighting and lovely people behind the helm. 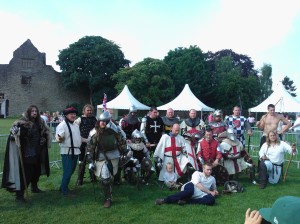 The Battle of the Nations lads

Not for the faint-hearted but I can’t wait to go along to some more tourneys. However this will just be another layer to my re-enacting hobby, I shan’t be leaving our group any time soon. Although a large part of me thing it won’t be long until our boys are playing with the BotN guys too, and one day maybe even I’ll be in that arena too!

One thought on “Battle of the Nations”